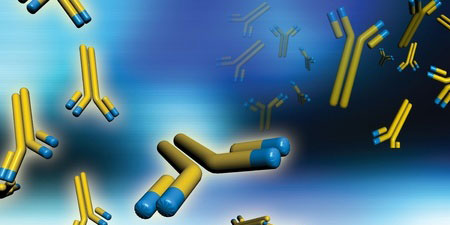 February 23, 2016 – SAN DIEGO – LeafBio, Inc., the commercial arm of Mapp Biopharmaceutical, Inc., announced today results from the Prevail II clinical trial of its ZMapp™ therapy for treatment of Ebola Virus Disease. The trial, conducted in Liberia, Sierra Leone, Guinea and the United States over the course of nearly a year, was initiated to evaluate the efficacy of ZMapp™ in treating Ebola Virus Disease and concluded on January 29, 2016. While the trial did not ultimately enroll enough patients to produce definitive results, researchers said the drug was well-tolerated and showed promise. As a result, the U.S. Food and Drug Administration has encouraged Mapp Biopharmaceutical to continue to make ZMapp™ available to patients under an expanded access treatment protocol during the product’s ongoing development.

“We are encouraged by these results,” said Dr. Larry Zeitlin, president of Mapp Bio. “The outcome of this truncated study is supportive of ZMapp’s™ antiviral activity in humans. While this trial is not definitive, its results are consistent with the favorable results observed in animal efficacy testing in nonhuman primates.”

The study closed short of its enrollment goals due to the waning of the Ebola epidemic in West Africa. Liberia, Sierra Leone and Guinea, the three countries hardest hit by the epidemic, had been declared Ebola-free by the World Health Organization at various points through the end of 2015, and there are presently no confirmed cases in the region. At trial closure, 72 participants had been enrolled, 36 percent of the planned enrollment of 200.

The trial compared an optimized standard of care, which consisted of hemodynamic monitoring, fluid and electrolyte replacement and general medical support, to a regimen of optimized standard of care plus ZMapp™. ZMapp™ is a cocktail of three monoclonal antibodies directed against the Zaire strain of Ebola virus responsible for the recent epidemic. Trial participants were randomly assigned to one of the two study arms, with 36 participants assigned to each arm.

“Having a therapeutic option available for Ebola will help motivate patients to come to treatment units, reducing opportunities for infection in the community,” said Dr. Armand Sprecher, a physician with Médecins Sans Frontières (Doctors Without Borders). “Such a treatment allows us to improve our outbreak control as well as our patient care, resulting in smaller outbreaks and better outcomes.”

“In light of these results, Mapp will vigorously pursue the further development and application for licensure of ZMapp™ as a treatment for Ebola. We will work with the FDA to determine the quickest path to licensure and are grateful to our partners who are committed, like we are, to eliminating the threat of this disease,” said Dr. Kevin Whaley, CEO of Mapp Bio.

The trial was sponsored by the National Institute of Allergy and Infectious Diseases (NIAID), part of the U.S. National Institutes of Health, in partnership with the Ministries of Health of the three affected West African countries, the French Institut National de la Santé et de la Recherche Médicale (INSERM), the Republic of Sierra Leone Armed Forces (RSLAF) and other academic, governmental and non-governmental agencies providing research support within the region. Manufacture of ZMapp™ to support the trial was funded by the Biomedical Advanced Research and Development Authority (BARDA).

This project has been funded in part with federal funds from the Department of Defense under Contract No. HDTRA1-13-C-0018, the Department of Health and Human Services; National Institutes of Health (AI061270, AI109762) and Office of the Assistant Secretary for Preparedness and Response; and Biomedical Advanced Research and Development Authority, under Contract No. HHSO100201400009C.